Historical and Literary Memorials of the City of London,  by John H. JESSE

One of several titles in Jesse's 30-volume"Historical Memoirs" set, which were originally published in the 1840's. Although the cover is unsigned, the spine is !!   The only other work signed on the spine that I am aware of is Grant Allen's Belgium: Its Cities. The May, 1901 issue of The Book Buyer proudly advertises that Sacker created this design, whose leaves and lettering recall other works, including the Court Memoir Series.  [See below]

Back to The Checklist 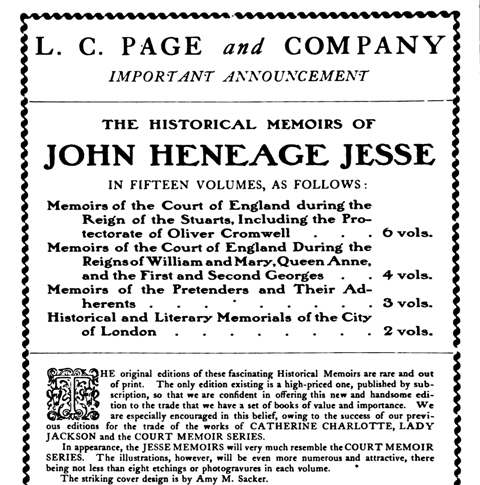