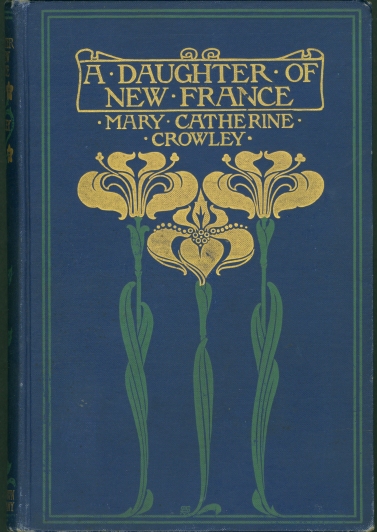 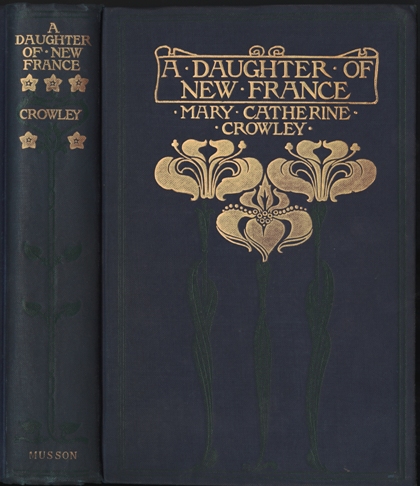 A Daughter of New France,  with some account of the gallant Sieur Cadillac and his colony on the Detroit, by Mary Catherine Crowley

The Canadian version, later used with modifications on Ethel Penman Hope's The Ways of the Heart, is presented here, too. It is hard to tell whether these are slight color variations in this edition. I discovered, in July, 2016, that this design also appears on Crowley's The Heroine of the Strait.

Some years later (1904 and ? ), three variant color versions, without Sacker's monogram or the double-line border, and, in one case,without spine design (!), came out (also below). My thanks to Bonnie Naifeh Smith and David B. Smith for the image of the yellow cover. 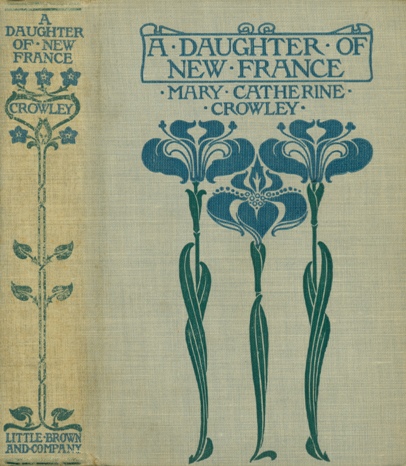